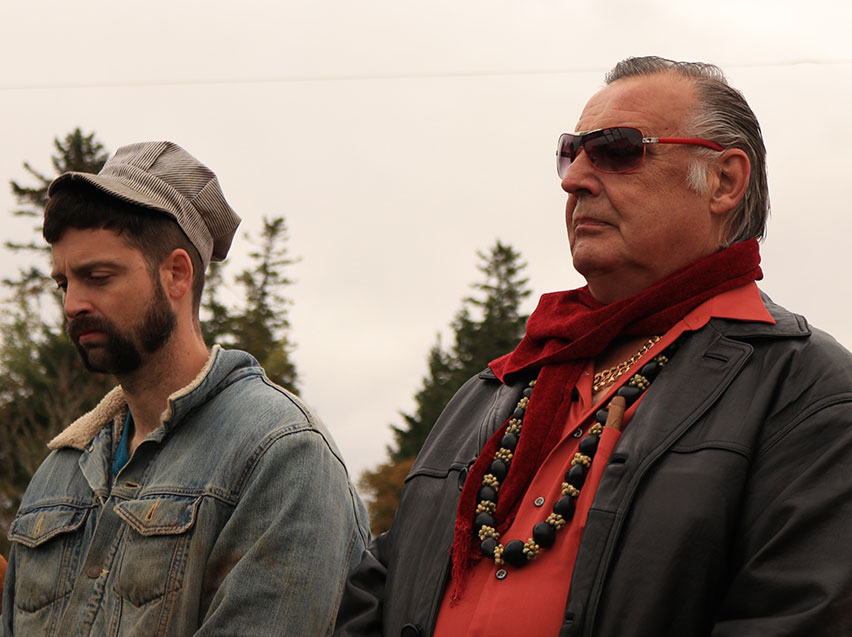 Jason Rogerson’s Boxcar Dan about to show at Upstreet

In 2009, hobo country comedy band Boxcar Dan and the Vagabond Strangers hit the skids in Charlottetown and left a mark. To celebrate a decade of dirty drinking songs, they are embarking on their 10 Years Of Filth Tour, with at stop at Upstreet Craft Brewing, Charlottetown, on April 27.

The show starts at 8 pm with the world premiere of their Proof Of Concept video. Starring the band and Al Baldwin, along with Heidi Grant and Robbin W. Ward, the short film was produced with the financial participation of Innovation PEI through the FilmPEI Screenwriters’ Bootcamp—Pitch For Your Life program. The video gives viewers a taste of the Boxcar Dan and the Vagabond Strangers feature film, currently in development by writer-director Jason Rogerson and producer Jason Arsenault. The story of a country bluegrass singer and his ragtag band, it follows their misadventures when they meet a slick stranger at a crossroads, embark on a tour from hell.

“There’s nothing more Island than Boxcar and the boys and Upstreet Craft Brewing,” says Rogerson. “It’s the perfect venue to premiere the video. Plus, the band said it had to be somewhere that serves beer.”

Following the screening, Boxcar Dan and the Vagabond Strangers will perform tracks off their latest release, Bindle of Sin.