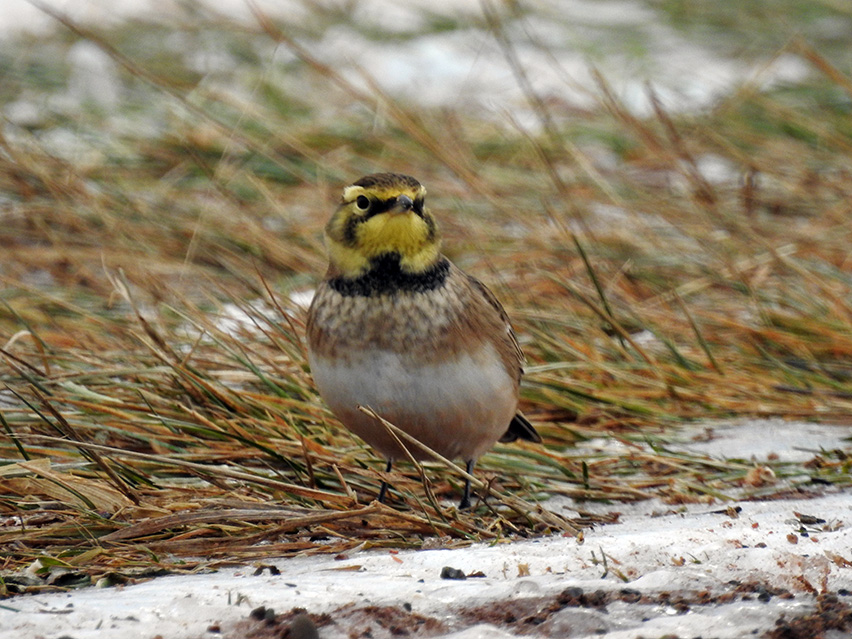 I took my first and only birding course many years ago from Geoff Hogan, a wonderful Island naturalist who unfortunately passed at much too young an age. I clearly remember Geoff telling the class that “Sometimes I just hear a chickadee calling and it makes my day!”

I’ll always remember his enthusiasm, and that he helped me see beauty in simple things. That was a great gift.

When I’m wandering around the Earnscliffe area, a favourite destination at this time of year, it is with that sense of joy and enthusiasm that I look for birds that only visit in winter. There are lots of year-round residents in the area, including chickadees, juncos, and bald eagles. Great species, all, and I love them dearly.

But I especially look forward to seeing three species of winter visitors that regularly show up in mixed flocks, often arriving around the same time. They all weigh just over an ounce, yet they make the arduous trek from their summer grounds in the high Arctic, a journey of thousands of kilometres.

The most common of these is the snow bunting, the “snowbird” made famous in Gene MacLellan’s wonderful song. Sometimes you see just a few birds, or there could be over a thousand. It is amazing to watch the aerial dynamics of a large flock. I’m intrigued by how they, and other flocking birds, can fly in such tight formations without creating a massive pile-up. They’re mostly white, with black wing-tips and some brown on their heads and backs. The white patches on the wings, both above and below, are very easy to spot when in flight, flashing at you as they dance in the wind.

Next up in this triad is a striking visitor that most Islanders don’t often get to see.  In flight, horned larks show different wing patterns than snow buntings. Their underwings are duller, lacking the black tips of the snow buntings. This would seem to be a difficult thing to pick out, especially among a thousand birds beating their wings so quickly. But if you look for it, you see the white wing patches of the bunting with very black tips, and then once in a while you see a bird whose underwings are white near the body but lack the black tips—a horned lark. They have a striking black “bib” running just under their yellow throat. Like great horned owls, horned larks don’t really have horns.  On their breeding grounds, males have small tufts of feathers on their heads that make them look quite exotic.

Finally, there is the Lapland longspur. This migrant has interesting and colourful facial patterns and at first glance looks like a large sparrow. In flight, the wings are all dark underneath, again, something that is easy to pick out once you know what to look for.

A drive through any place with weeds growing in fields or ditches could easily land you a mixed flock of these visitors eating seeds or insects from plants.  Often, you can (safely) pull off onto the side of the road once you’ve spotted a flock, and they will keep you entertained for quite a while. Your car acts as a blind—if it is not moving, it doesn’t seem to be a threat to birds.

You might also come across rough-legged hawks, common redpolls or other winter delights. As I learned long ago, they don’t have to be rare to be appreciated. You just have to be open to experiencing their beauty.