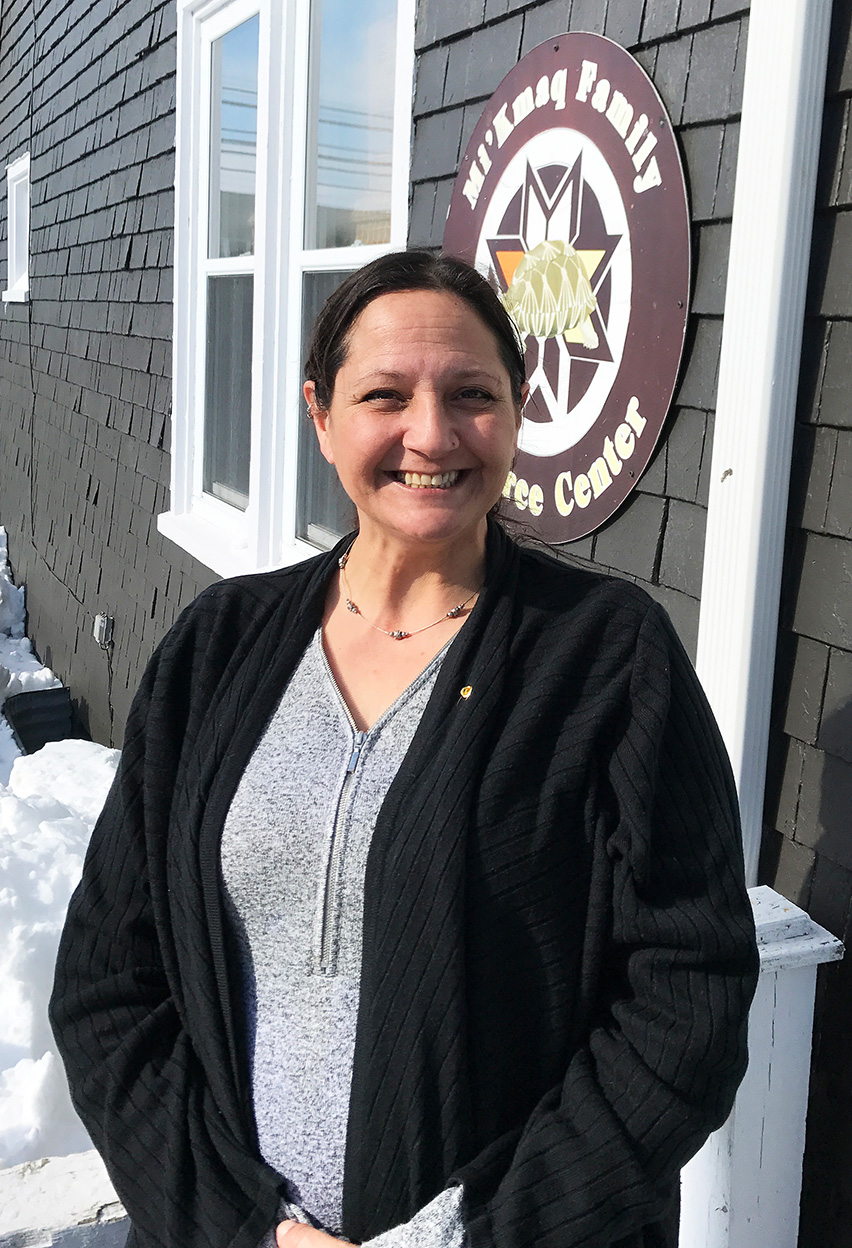 When I meet her the day after her installation as the new provincial Poet Laureate, Julie Pellissier-Lush is animated. “I’m still walking on the clouds,” she says in wonder. “It’s still surreal, as you can imagine—for a Lennox Island girl, who grew up all across the Island and lived away—to hear amazing, powerful people saying beautiful things about me. I was so emotional, I had to use every actor’s skill I had… Inside, I was just a big marshmallow.”

Well-known for her simple, direct, and affecting poems; for beloved dramatic adaptations and performances of  Mi’kmaw legends; and for her best-selling memoir, My Mi’kmaq Mother, Julie loves story in poetic, written, and spoken form. As PEI’s first Mi’kmaw Poet Laureate, she is happy that both oral and written narratives are honoured through her appointment.

“My mother died when I was very young, and I only had the stories others had given me,” she recalls. “The older you get, the less people out there to hold your story, and to share that common story. I believe stories fade and go away if they have no one to hold them.” She says, “They say when an elder passes away, a library burns.”

In her three-year term as Poet Laureate, she says, “I want to go around and capture the Island’s stories: verbally, in conversation, in writing. What was PEI like in 2019, so the future generations can read or hear narratives of people who lived in that time and experienced it?” She can think of many First Nations and non-First Nations people she would like to ask for their stories, in written or oral form.

Julie tells stories with her whole body—her busy hands and expressive eyes—and one vivid story leads to another, so there is only room for one in this article: Julie remembers beginning her memoir My Mi’kmaq Mother, with motherhood and mortality on her mind. “I was pregnant with my son Sean, and it was so different compared to my other two kids who were born when I was young… When you’re 35 and pregnant, there are some big differences,” Julie recalls earnestly. “I honestly thought, what if I don’t make it? What if I have him, and he has none of my stories?”

Julie remembers with emotion, “When my mom passed away, she had her people tell her if she prayed she would be healed, so she didn’t let go of the life she had until it was almost gone.” As Julie was growing up, she says, “I would say to my dad, ‘Did she leave me anything?’ and he would say, ‘No. Right to the end, she honestly believed she would survive.’” There were no letters. No tape-recorded messages (though these were a family tradition).

“My dad had such a hard time dealing with it—he was so young, she was so young,” Julie says. “I went to my grandparents’, and when I came back, there was no trace of her left.

“I couldn’t imagine a life for my children where I became the emptiness.”

She remembers sharing a cherished childhood memory with her sister Darlene. Julie detailed every part of the scene: a childhood meal that ended in tears when the sisters realized their hamburgers came from cattle like those nearby. As Julie finished the story in laughter and wonderment, her sister said, “But don’t you remember? Our mom was there. Picture the table—on your right-hand side, our mom was sitting right there.”

Julie shakes her head ruefully: “I see everything in the room except her. My sister can see the whole table.” Julie says, “Those memories are there, but they are locked up tight.

“To be able to remember would be a miracle—the next best thing, to me, is stories.”

She concludes, “There are so many stories. This is just you and I, sitting together. Imagine the stories if we added one person, or two people, or more!” As Poet Laureate, Julie will be bringing together people and words to add to the PEI story for the next three years, and Islanders will be lucky to make room for more of Julie’s stories.