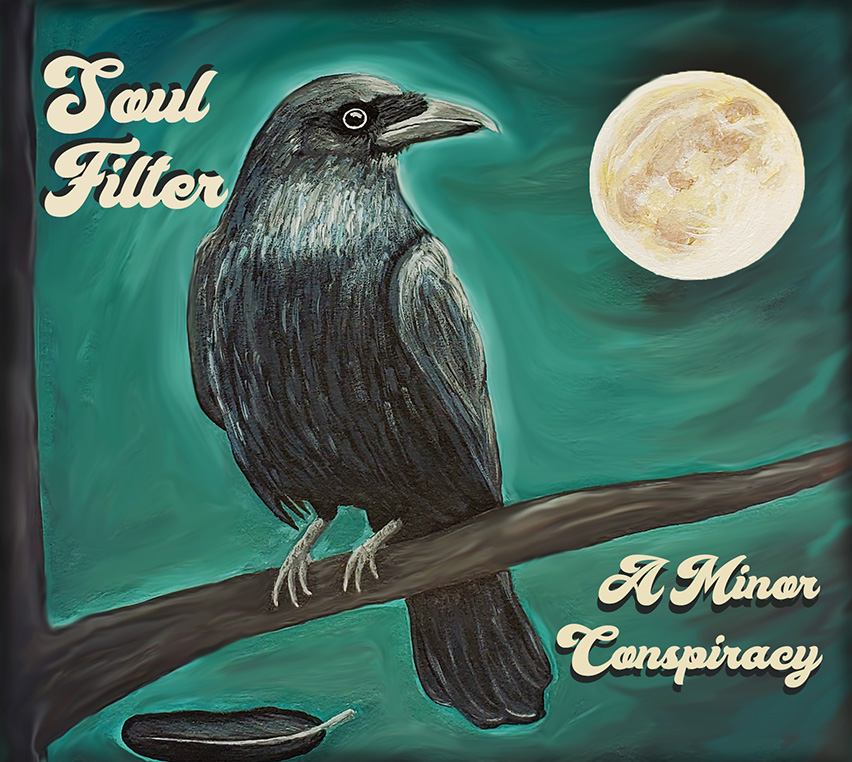 Soul Filter released their debut album, A Minor Conspiracy, in February at The Silver Fox Entertainment Complex in Summerside.

The alt rock-pop band consists of Karen and Mike Penton from Summerside. The husband and wife duo has been performing together in cover bands (Junkmale, Pretty Tragic, and Karen & Mike Acoustic duo) for the past 16 years. In July 2018, Soul Filter released their debut single and video “Armor” and in August released a follow up single and video “Like Water.”

Recorded and produced at BigDogz Recording Studio and Penton Productions in Summerside, A Minor Conspiracy infuses a rock roots sound with pop, blues and folk. Acoustic rhythm is the backbone for most of the album; mixed in are melodic electric guitar riffs and funky smooth bass lines. Vocals weave between soft falsettos and full on power vocals. Soul Filter’s style has been influenced by artists such as Alanis Morissette, Sheryl Crow, The Cranberries, Holly McNarland and Sass Jordan.

This 10 song collection takes you on a journey through love, loss and heartbreak from summery pop sounds of “Like Water,” through the soul-baring “Armor,” to the revengefully-angst ridden rock anthem “On My Own.”