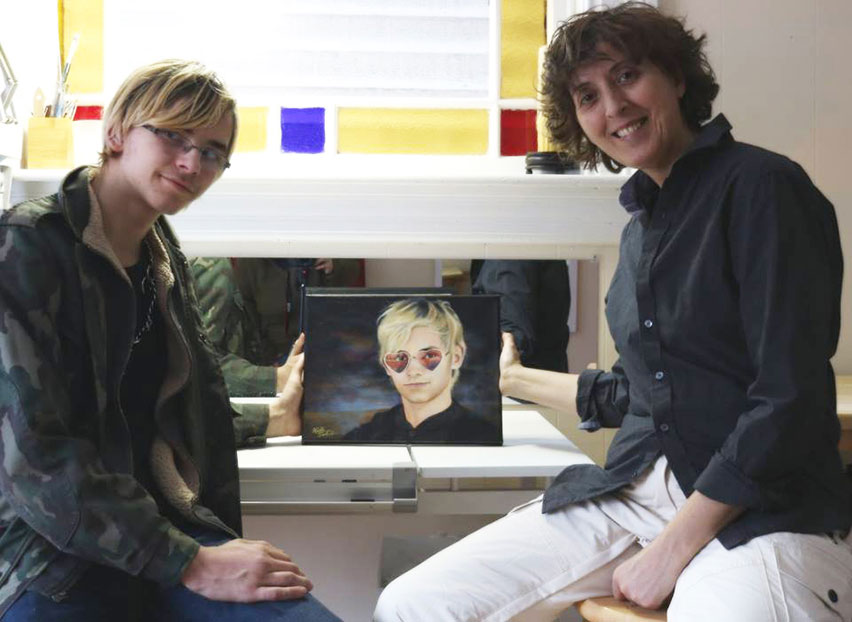 Portrait of the artist named Kat

Portrait of the artist named Kat

My 14 year old son and I were volunteering at the Christmas Care Fair hosted by Santa’s Angels and Gifts From the Heart on November 24 at the Farm Center in Charlottetown. It was an amazing day where over 800 low-income Islanders were helped with food, clothing, toys, toiletries, furniture and even dog food courtesy of CADO.

Among all of this was an artist named Kat (Kathryn Saunders). She was taking names and doing a draw for a free piece of her artwork. My son was instantly drawn to her art and filled out a ballot. He even went back later in the day to ask more questions about her work. As she was leaving I had the pleasure of speaking to her outside. She was so kind and uplifting. At that point we parted ways.

But not for long.

Kat put all the names in a sock and did a video of her drawing the winner. Imagine our shock when Dakota’s name was drawn! We were incredibly excited! She was thrilled as well as she remembered his interest that day. They communicated on what he wanted done and in the end, he chose a portrait of himself.

Kat was dedicated and vigilant, posting updates of the progress throughout the last 3 weeks. It was amazing to see her turn a photo into an amazing piece of art. It was a process to behold. The love and time she put into it was astounding.

Today, we went and picked up the piece and it is hard to believe but it is better in person.

Gallery at The Guild–Two new exhibits