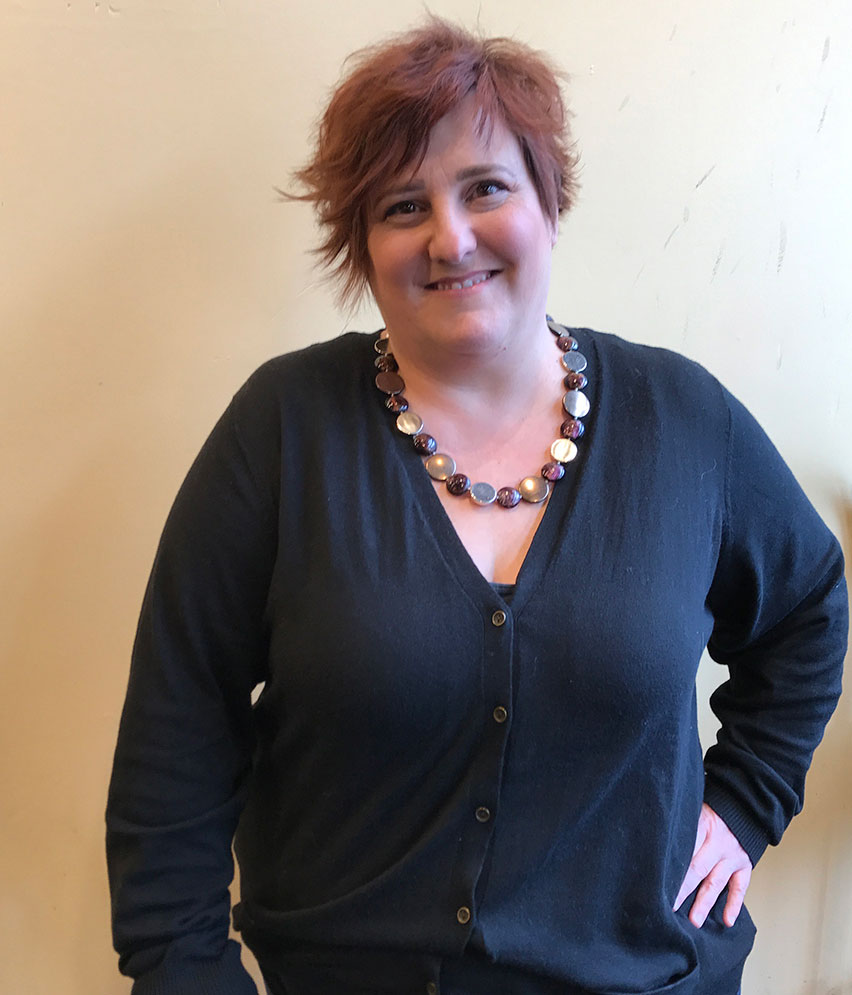 Grace Kimpinski has produced or co-produced a theatre show every few months for almost five years—but this year, she’s preparing for ten shows in four days. As of the day we met, she had no idea which plays or where they’d be staged.

That’s not poor planning: that’s the exhilaration of being festival director for The Island Fringe.

We spoke when Grace was preparing for the live lottery to determine the 2019 Fringe lineup: “To be acknowledged as an official Fringe Festival, a major thing is that it is not juried,” Grace says. “We have categories—then the entrants are literally drawn from a hat.”

The Island Fringe is going into its ninth year, and Grace first attended in its early days. “I was really drawn to it,” she says, but she didn’t immediately take on a role. “I had a son who was way too young at the time. Theatre hours are crazy hours.”

As her son and the Fringe both grew, Grace continued to be drawn by the festival’s “creativity and energy,” and communal spirit. “The Fringe is fun and unique in the sense that it’s non-traditional theatre in non-traditional spaces – it adds a rawness to it. Also, there is a cool group of people associated with the Fringe, and I’m pretty boring day to day,” she smiles.

Grace was an English major but admits drama classes didn’t pique her interest. So how did she end up with theatre as “a side gig that takes up more time than my actual paid work”?

Five years back, ACT PEI put on “plays in a day”: writers had 12 hours to write a play; directors had 12 hours to produce it. Grace signed up to the open call for performers. “It was so fun,” Grace recalls. When ACT later called for people to get into the production side of theatre, Grace signed up again, and has been producing theatre ever since. She is now also on the ACT board as director of theatre, helping to recruit shows.

And, independent of ACT, she produces shows herself. In February, the show is Raised on TV 3, the third iteration of a sketch comedy show conceived by Grace’s friend Rod Weatherbie, inspired by television. This year, Grace’s first as sole producer, is focused exclusively on Canadian television.

“It’s a TV show—in a theatre,” Grace enthuses. “February is a miserable time of year, and (this show) gets people out of the house. If people want to come in their pyjamas, I 100% back that,” she laughs. Raised on TV 3, she says, will remind people of “the amount of Canadian TV we all watched,” with “nostalgia, good times, and laughter—in the dead of winter.”

Grace muses, “If I could live full-time on theatre… I’ve asked myself a number of times if I would do it. But I’m not sure I would love it as much…

“I am a sole-support single parent going on 16 years,” Grace says, “and I think if people want to be creative, if they want to take a risk: they should do it… Money limits people—money makes it difficult for people to take that risk. I say money should be at the bottom of the list.

“When I have to pick between things, of course I pick my son first, but even when I’m literally rubbing two nickels together, even if I don’t pay the electric bill one month (to produce a show), it’s worth it, for the love and experience of it.”

This is the personal attitude Grace wants to expand into the 2019 Island Fringe: “The audiences have been getting larger. Some shows that premiered at the Fringe have been suggested to move into other venues. Some personal stories have helped people grow and learn,” Grace says. “Positive energy and feedback are great things I want to have continue to happen at the Fringe. We want people to take a risk. In the end, we uplift and support one another.”