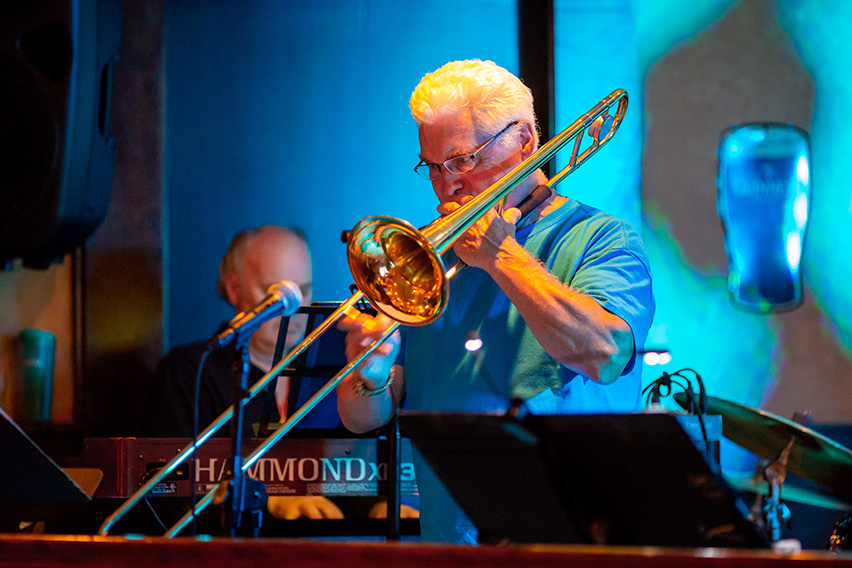 Grahame is nominated this year for a Music PEI Award for Jazz Achievement Of The Year. His first album Almost Live in 1988 was followed by The Grahame Rhodes Jazz Experience in 1995 and Rhodes Less Travelled in 2002.

“Any discipline must evolve or die and such is the case for jazz trombone. I believe the only limits are those of the imagination,” says Grahame.