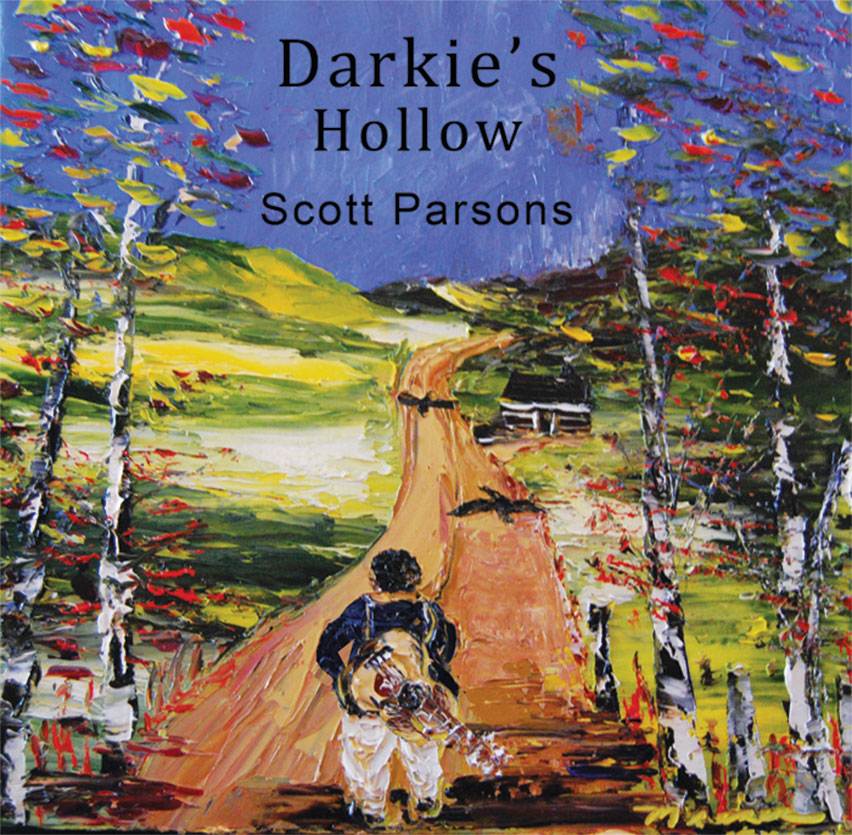 This album continues Scott’s musical storytelling of Black Island history which began with his debut album Jupiter Wise and continued through his recent release, The Old Stock.

The album title refers to the location of the Shepard family homestead and local gathering place on the Seven Mile Road. While visiting with Stella Shepard, Scott collected stories and sayings ended up as song lyrics. For example, “He has the colour washed out of him, but the history lives inside of him still,” in reference to one family uncle.

Stella’s own story is told in “Stella’s Dream,” where the abduction of her baby by nuns to be sold into the US was thwarted by a conscientious Island doctor. Scott consulted Stella’s book Ashes of My Dreams for this account.

In another true story, Scott sings “Hattie’s Prayer” based on Hattie Hughes telling of when her father told the children to hide in the cornfield to escape “adopting out” by family services. Hattie died recently at the age of 88 but not before Scott played her his song and received her blessing on it.

Scott says that it is important to tell Black Island history based on the people and lives lived as opposed to relying only on court records which give a distorted view of what life was actually like for black residents of PEI over the years.

“Old Chocolate” is a musical portrait of PEI’s Black boxer George Godfrey who fought bare knuckle in Boston and was reportedly poised to defeat John L. Sullivan in a bout when authorities shut down the fight because racial laws wouldn’t allow it.

The album also mixes in songs of other subjects, delivered in folk, blues, reggae and country styles. Songs such as,”Bright Sun” after a trip to Jamaica “Little One” for a young girl Scott cared for in a treatment centre in Calgary and “Right From The Start” written for Scott’s nephew. There is also a recording of “Fish Bar,” a song by Scott’s long-time friend Peter Morrison. It’s the first time Scott has recorded another writer’s song on one of his albums.

To make the album Scott brought his friend Dennis Green to the Island from Vancouver to spend a month laying down guitar parts. Scott and Dennis played as a duo in Calgary but had been out of touch for 20 years. Dennis has a remarkable musical resumé which includes playing as a sideman on tour with Ike and Tina Turner, Al Wilson, Mary Wells and other Motown artists. In all, he spent about 25 years on the road, including time spent in Dallas, Texas where he worked with bassist Chuck Rainey. Dennis brings r ‘n’ b, and funky jazz licks to the tracks.

When contacted for his comment on the recording Dennis said, “I play what I hear in the song and  Scott has written some great songs. He needs more than just Canada to hear him.” Sadly, Dennis Green passed away in January at his Vancouver home. His most recent recorded guitar playing is now preserved on Darkie’s Hollow.

Darkie’s Hollow is available at Back Alley Music in Charlottetown and from scottparsons.net.