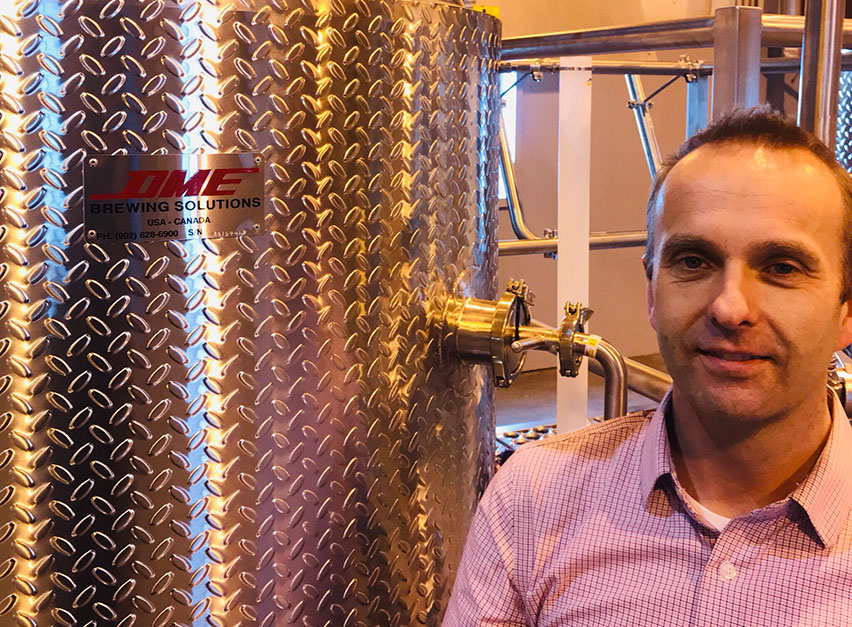 This Prince Edward Island business made equipment that could be found in all corners of the globe, allowing small businesses to grow and expand, changing the landscape of beer culture in numerous countries. This came to an abrupt end in late November 2018, when the DME Group went into receivership after failing to pay its creditors. The news of this closure spread far and quickly, leaving many brewers wondering why this long time manufacturing partner had suddenly closed its doors.

The scope of the DME’s work throughout its 27 years in operation isn’t well known, even by most people familiar with the company. Some of the most influential breweries in the craft brewing world have depended on DME throughout their development.

One such brewery is Kiuchi Brewery of Japan. When the Japanese government changed its laws regulating the brewing industry in the late 90s, it opened the doors for smaller producers to establish breweries throughout the country. Between Japan and PEI, mainly over the phone and by fax, DME worked with Kiuchi to build brewing equipment that helped launch the Hitachino Nest line of beers, a product that can be found all over the globe these days and a brand of beers that cemented the craft brewing industry within Japan.

Another significant brewery that relied on DME in its early growth stages was the Kalamazoo Brewing Company, which started as a home brew store opened by Larry Bell in Michigan in the 80s. With an ever increasing demand for the beers that he was producing, Bell needed to expand and turned to DME to supply a brew house to launch Bell’s Brewery, which is now one of the largest craft beer producers in the USA, brewing a legendary IPA, “Two Hearted,” which is often regarded as one of the best IPAs in the world.

The first few days of DME’s closure were very uncertain, but fortunately ​the Dutch brewing equipment manufacturer Ziemann ​Holvrieka came to the table, acquiring the DME facility and rebranding the company DME Process Systems. Ziemann Holvrieka have over 165 years experience in manufacturing brewing equipment. More importantly, they rehired many of DME’s employees to continue their work in the Charlottetown facility.

Lead by Marc DeJong, Managing Director, and with the Ziemann Holvrieka team on board, a new era of brewery equipment manufacturing will begin and see DME continue building their equipment for the next generation of great brewers while keeping many talented Islanders employed.